How to Prevent SQL Injection Attacks?

Did you know that SQL Injection attacks were first discovered 17 years ago? Yet, it still tops the OWASP’s list of vulnerabilities.

According to a Barclays report, 97 percent of data breaches world

What is this vulnerability? How it affects your applications? What can you do about it? Here’s a guide to help you understand this OWASP top 10 vulnerability and it’s business implications. How to stop SQL Injection?

You can start by finding out if your website has SQL Injection risks with AppTrana Free Website Security Scan.

What are Database and SQL?

A database is a set of described tables from which data can be accessed or stored. An application using a database requires a medium to communicate between the front end and the database. This is where the SQL comes into the picture. Structured Query Language (SQL) is a language for accessing and manipulating the data from the database. An application can communicate with the database using SQL statements. With the use of SQL statements application can perform some standard SQL commands such as “SELECT”, “UPDATE”, “INSERT”, “DELETE”, “CREATE”, “DROP”.

What does SQL Injection stand for?

Most web applications interact with the database using a machine-understandable language called Structured Query Language (SQL). Attackers use the input fields in web applications to run arbitrary queries (injection) on the server; hence, the attack process is called SQL Injection or SQLi.

Common SQL injection attacks result in loss of knowledge or denial of access. However, over the years, hackers coupled mix these attacks with insufficient authentication, DNS hijacking, XSS, and DDoS to cause heavy financial damages and absolute host takeover. The following are some of the most infamous SQL attacks in recent years.

March 2010: Albert Gonzalez was sentenced for 20 years. He installed his code into the credit card server of Heartland Payment Systems and stole 130 million credit card numbers. The attack cost was around $12 million for the company.

October 2014: Drupal declared its high vulnerability against the attack.

Why application is vulnerable to SQL Injection?

An application is vulnerable to SQL Injection when user input without proper validation, is directly passed as a SQL query to the SQL interpreter to get processed. This results in executing the user input and provide the intended results.

Case1: The application accepts user input and passes into the SQL query

Case2: Added a single quote to the username parameter. As a result, the database runs the following query

Due to the OR 1=1,’ the WHERE clause returns the first id from the table users. On successful execution this SQL commands allows an attacker to bypass the authentication.

How do attackers even know about your vulnerability?

An attacker uses an automated mechanism including bots and software to scan thousands of websites looking for SQL injection. Some of the most commonly tested fields are URLs and forms. It is difficult to stop SQL Injection here.

trial. He analyzes the severity of the vulnerability and penetrates into the database.

A faux input command is crafted keeping vulnerabilities in mind, that is then tested in the time period. If it grants access to the database, the attacker can trick the application into giving away all records.

More lethal attackers look for other vulnerabilities and exploit them all at once for illicit financial gains and host control.

A login form is one of the most common ways to verify the user. 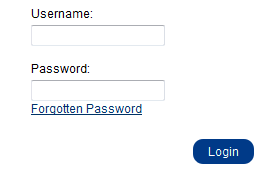 The corresponding server code for the verification function is:

Now, a hacker simply needs to place ” or ” “=” into either of the input boxes to validate SQL. It will offer him all the rows from table Users.

How to Prevent SQL Injection Attacks?

Preventing or mitigating SQL injection attacks is a lot about ensuring that none of the fields are vulnerable to invalid inputs and application execution. yours is manually impossible to actually to check every page and every application on the website, especially when updates are frequent and user-friendliness is the top priority.

Nonetheless, security analysts and seasoned developers recommend a number of the subsequent points guarantee your database square measure well protected inside the confinement of the server.

The automated web application scanner has been the best choice to point out vulnerabilities within the web applications for quite some time now. Now, with SQL injections getting smarter in exploiting logical flaws, website security professionals should explore manual testing with the help of a security vendor.

They can authenticate user inputs against a set of rules for syntax, type, and length. It helps to audit application vulnerabilities discreetly so that you can patch the code before hackers exploit it to their advantage.

It is more of a database management function, but enforcing specific privileges to specific accounts helps prevent blind SQL injection attacks. Begin with no privileges account and move on to ‘read-only’, ‘edit’, ‘delete’ and similar privilege levels.

Minimizing privileges to the application will ensure that the attacker, who gets into the database through the application, cannot make unauthorized use of specific data.

Dynamic queries create a lot of troubles for security professionals. They have to deal with variable vulnerabilities in each application, which only gets graver with updates and changes. It is recommended that you prepare parameterized queries.

These queries are simple, easy to write, and only pass when each parameter in SQL code is clearly defined. This way, your info is supplied with weapons to differentiate between code and information inputs.

A majority of organizations fail the problems like outdated code, scarcity of resources to test and make changes, no knowledge of application security, and frequent updates in the application. For these, web application protection is the best solution.

A managed web application firewall can be deployed for immediate mitigation of such attacks. It contains custom policies to block any suspicious input and deny information breach instantly. This way, you do not have to manually look for loopholes and mend problems afterward.