How to Stop a DDoS Attack?

“Imagine your website is a store, Distributed Denial of Service (DDoS) is like a mob in front of your store that doesn’t let your customers get in. It’s an unpleasant situation having tens of thousands of fake shoppers eating up your valuable resources, all at once.” Know how to stop a DDoS attack.

DDoS has emerged as an enormous problem for businesses across the world. Hackers use this attack by overwhelming traffic and victimizing critical web resources, which eventually makes the server unavailable to fulfill genuine requests. The rent-a-bot services, offering fake traffic at as low as $5 an hour, virtually put every business at the risk of an attack.

Take a look at some recent findings that provide a glimpse into the lethality of a DDoS attack.

Regardless of the business you’re in, keeping a business application up and running is critical to your brand’s reputation, and hackers want to exploit this weakness with DDoS attacks. The unpredictability of these attacks makes it difficult to prepare for them, which further incentivizes criminals to take action.

Let’s learn more about the problem, and how your business and data centers can defend against DDoS attacks. Also if you’d like to test a website for risks, start with AppTrana Free Website Security Scan.

Step 1: Understand That Every Business Is Vulnerable

While many DDoS attacks are motivated by revenge, politics, trolling and terrorism, money is frequently involved. According to cybersecurity analysts, ransom and blackmail are the most common motives behind DDoS attacks. Hackers disrupt web services and hold it against a ransom. Hackers ask for heavy ransom amount, which when paid, leads to the attack being stopped and services made available to customers.

Network DDoS: Network layer DDoS attacks try to exploit the network by sending in more data packets than what a server can handle, or abusing bandwidth beyond the network port’s ability. These are often reported in media due to their record-breaking volumes.

Application DDoS: On the other hand, application-layer attacks are more silent and smaller in volume but cause far more damage. Since most companies deploy their resources on the cloud, hackers now explore attack options beyond the network layer.

“These attacks are also more prevalent due to lower resource requirement. For instance, an application on Amazon Web Services (AWS) can process SYN flooding of up to 200,000 packets (‘elastic bandwidth costs’ is a different discussion altogether). However, the same AWS server instance can be brought down by a meagre 500 HTTP requests per second when the application runs on CMS (Joomla or WordPress).”

Do you see the difference? 500 HTTP requests per second is a cheaper attack to execute.

More sophisticated Layer 7 DDoS attacks not only bring down the server but aid in data breaches too. In such an attack, California State University at Sacramento lost 1800 social security and driver’s license numbers from its staff. Attackers used multiple compromised systems to trick the DNS server into leaking the authentication security code. What is a web application firewall?

A web application firewall is the best protection against the most common types of application DDoS attacks. Yet, complete automation doesn’t offer the best network security. Managed Web Application Firewall screens Layer 7 traffic and feeds data directly to cybersecurity experts who can recognize malicious chunks of traffic trying to bring your services down. Once known, they apply rules and policies to block such attacks based on bot signatures, malicious IPs, and so on. It helps you stop a DDoS attack effectively. 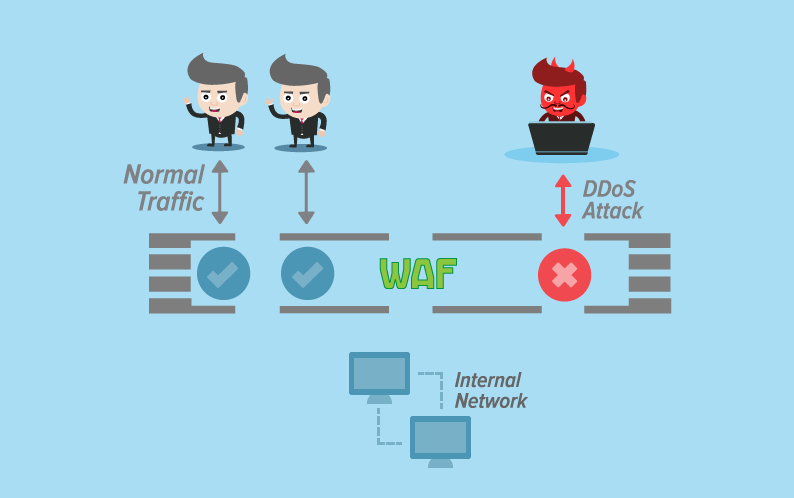 Nothing can prepare your business to detect and prevent DDoS attacks better than continuous monitoring. Security experts can distinguish sudden spikes in traffic from bot traffic. Eventually, such monitoring delivers actionable data on attack vectors to define prevention policies.

An application layer distributed denial of service attack is initiated by hiring machines, bots, or by taking control of remote systems. These components are used for generating fake requests to a targeted server. With such a large number of fake requests, cyber criminals try to make the services of an application or server unavailable for hours, days or weeks. A successful DDoS attack can eat huge chunks of the bandwidth, processing speed, and memory to slow down and/or disrupt applications. 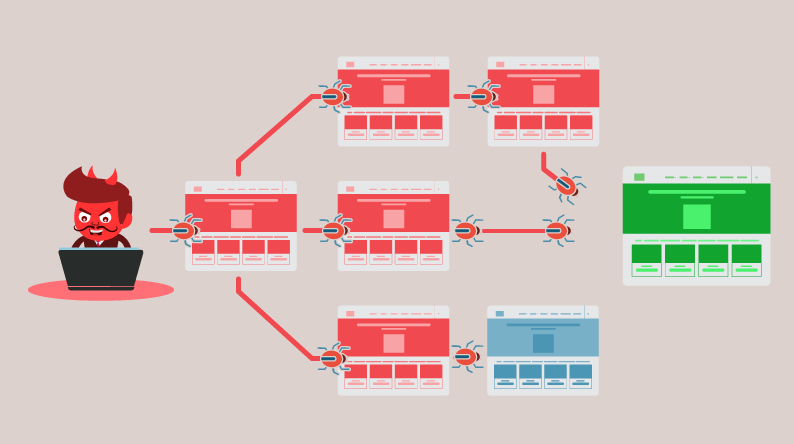 The ease of availability makes an application layer DDoS attack more lethal than a similar network layer attack. Anyone can purchase the custom coded DDoS module and launch it on any desired web application. In fact, with a little knowledge of underground markets, a basic DDoS attack will not cost the perpetrator more than a few hundred dollars. While there are different types of sophisticated DDoS attacks, this is the most common.

Take the Slowloris attack for example. Slowloris was originally created to show how a single machine could keep multiple connections open simultaneously for long periods, ultimately crashing the server. Slowloris has become more sophisticated over time, and still just requires up to a few machines (that generate several thousand requests each) to cause a server to run out of connection pools and crash – making it a huge threat.

When it comes to DDoS mitigation, there is no silver bullet technology that can solve every problem. With multiple trajectories of attack, on-going attack methods, and zero-day vulnerabilities, automated technology alone is bound to fail. It cannot protect against multiple threats while also ensuring legitimate traffic doesn’t suffer. That is where human experience and decision-making skills come in. Continuous expert monitoring with actionable insights is the most effective combination of DDoS security that can prepare organizations with a proactive defense strategy.

You can hire and train security professionals with Layer 7 experience to stop attacks and other application security risks in the house. A dedicated team can monitor attacks and take actions efficiently.

However, with the shortage of experienced cybersecurity workforce and massive costs involved in hiring and managing such teams, new businesses invest in managed application security vendors. Such a team not only offers 24 × 7 traffic monitoring and DDoS attack mitigation but complete application security including:

How vulnerable is your website for DDoS and other attacks?

Youre so cool! I dont suppose Ive read anything like this before. So nice to find somebody with some original thoughts on this subject. realy thank you for starting this up. this website is something that is needed on the web, someone with a little originality. useful job for bringing something new to the internet!