The attacker infects a remote machine with an executable, which can be infected by one of the methods below:

Let’s say you have an infected remote machine with this exe and you want the account , drive and network information from the remote machine (victim’s machine) , then you have to send an email to your own account (note : which is also being listened and shared by the injected exe in the remote machine) with subject containing account_info, driveinfo ,networkinfo as shown in the figure below. 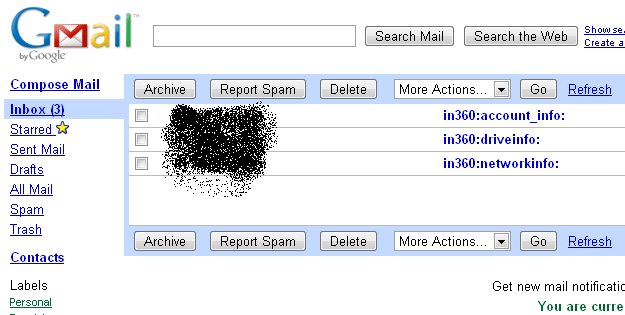 Now once the email with an appropriate subject is sent to your account, now it is time for the remote machine (victim’s machine) to come online and fetch the instructions given by the intruder (in this approach ,”Attacker “). As the victim’s machine comes online , it executes appropriate commands of the attacker’s need, redirecting command output to .data file and finally automatically attaches this file to your email account .Hence , by simply downloading this file you will get all the cmd output in attached .data file as shown in below figure.

Here in the above figure you can clearly see that, all required outputs are attached in your email address!

If the victim has a habit of checking the current connections using commands like ‘netstat –n’ then there is a possibility to detect a gmail connection when actually there is no browser activity. This is tough to detect, because the process is running in a hidden mode.